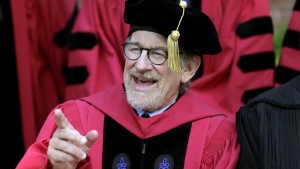 In Steven Spielberg’s address to the Harvard Commencement on May 26, 2016, he quoted Michael Crichton, the writer of the Jurassic Park films. “If you don’t know history, then you don’t know anything. You are a leaf that doesn’t know it is part of a tree”.

An equivalent saying in the intercultural field might be “If you don’t know your own culture, you are like a fish that doesn’t know it is in water.”  Self-awareness, through exploring historical roots and our own cultural values, is essential to understanding our place in the world. These insights are, in turn, the foundation of our ability to successfully interact with other people.

As part of the self-reflection Spielberg encourages, he asks us to recognize the dark ‘us-and-them’ side of our tribalism, and instead come together in the common “we”.  He notes there is no difference between anyone who is discriminated against – whether it’s a Muslim, Jew, minority on border communities, or the LGBTQ community – it’s all one big hate. And the only answer is more humanity – replacing fear with curiosity, connecting with each other, and feeling empathy toward people of all tribes.

He led the thousands of Harvard community members present to make eye contact with someone nearby who they don’t know. In the twenty seconds, there was shuffling, laughter and eye contact. He asked for people to remember this moment of human connection.

Spielberg closed with “I have imagined many possible futures in my films but you will determine the actual future, and I hope that future is filled with justice and peace.”